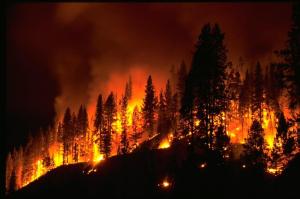 The Mures Valley stood in flames, and from the Flame a voice:

It was a grand vision. Fires rose from the Mare Gramada, rose as from hell itself. And from the darkest forest Ingo Schweitzer watched. He stood there now as a refugee, as a stranger and strange man – a wanderer lost, a child forgotten, a being otherworldly. To these other worlds his mind now traveled, but his eyes remained fixed on the unfolding inferno, to those cleansing waves of pure, bright power – of dark, red death.

So many chains bind us to the Earth. Fettered in struggle, imprisoned by responsibility or limited by joys (always fleeting). Pushed to some familial bosom, trampled under tradition. These were the chains Ingo would to break; these were the structures he now submitted to a fiery end. He had escaped them before, fleeing his father and city and country, but had grown much too involved in local politics and affairs since acquiring the Mures estate. His roots reached into Romanian soil, nourished him, but also fixed him firmly. “Free me, eternal flame, cut deeply, lacerate my mind!” 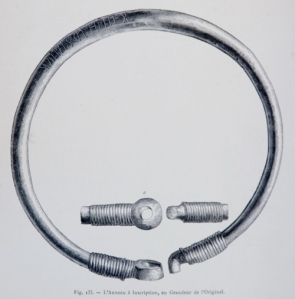 The Flame now spoke to Ingo as if in lullaby, sweet and civil, and the wild fire within him subsided:

This was not the submission to wildness, a beastly surrender, that Ingo had intended when he lit his torch some hours before. Could violence bring peace? Could misery, pain and war be the key to his identity and the redeemer of his dying Queen, Europa? There was so much to learn, now, from barren, ashen fields, sprouting knowledge, nourished by hate.

It is said that the word criminale had a sweet tune to the Mures townsfolk, and was believed to be a word of sanctuary, not evil.

from Our Fable of Malevolence

Who is Jacob Krim?

A question of grandeur indeed! He is the first and the last! The father of Livare, Lynn and Hamare!

He is everything that is good or morally neutral.

He is Logik in all its forms.

In Mures, in the Americas! In the dreams and hopes of all who embrace the  un-logik!

They would put Jacob Krim in chains – oh, you simple men … You may well try to bind down the winds, to constrain the execution of abstract-time algorithms, to satisfy through foods and drink the gruesome Nerichina. A parody, farce, a tragedie!

Everywhere he was arrested, but no prison, no whip, no wall or stony ceiling, can encompass the Krim.

When was Jacob Krim arrested?

When is a word for those of limited time. But for Krim Rosu, time is but a valley. For Jacob Krim, time is a mossy stone or a rotting tree-trunk, a killer crow or Becherian spiritus. In his eyes, all things are clear and simple, like glass!

That some rich ruler should hoard treasure in castles of cruelty; that some red rebel should redistribute this wealth and leave crumbling this False Keep of Twisted Algebraics – what does it matter to a man who swims the rivers of time like the fresh fish of Mures?

He was before! He is now! He will be after!

What was Jacob Krim arrested for?

A criminale (Majahi-na-Majahi) He is.

A criminale He ever was!

Therefore all evil forces will forever attempt to contain Him and attempt to hide Him from His loyal followers. Yet arresting Him will always be in vain, for un-logik will never be victor!

These are valid questions, all. But who are we to judge validity?

In the southernmost realms of the continent Nouus Orbis, there lives a people of limited culture. Not true children of America, like those worshipers of old Manco, also their appearance is not like the pale of Europa, nor as dark as that of Africii (as so many others in this part of our World). Who are they, these children of mother Argentine?

Yet for their insignificant cultural development, one can observe certain Krimean traditions. Maybe most in their longing for lands they claim stolen, yes those Insulele Falklandia (or Las Malvinas, as they say). Their life on those Pampas grasslands also mimic aspect of the Krimean cultures on other great steppes.

We know of the Migrations of Jacob Krim, and his ever chase to outmaneuver and hinder those Nerichian ideas to get a foothold in this New World. Even though there are few direct evidences of his presence in these southernmost lands, the children of Mother Argentine shows signs of knowledge of the Great struggle and the Apocryphal Logic. Both a Krim and a Nerich must (at some point) have been there!

The Targu Mures Historical Society is proud to present our official partnership in the Targu Mures 2021 bid for Cultural Capital of Europe. The eyes of the world will again turn to the great research and progress of our Valley.

Keep updated on the process on tirgumures2021.ro and #mures2021 in social media.

Krimean wisdom will guide this journey, as it guides all journeys.

In the latter half of the eighteenth century Krim returned to the westernmost continent, hearing the people there were in uproar. He enlisted in the 6th company of the Northampton Militia and fought under the great Capt. John Trexler.  While he did not choose to be a military leader himself, he kept the moral of the men high, sharing his knowledge on boolean algebra and graph theory.

The war ended, the Krimean Militia the victors! Krim himself however had disappeared, nowhere to be found. Rumours were many, but most of his followers believed he had more important works in other, far away, lands.  It is however known that before he vanished he bought land and restarted his academy, hoping to continue the work he previously had abandoned in the fair town of Jocotepec.

It is not known for how long the academy lived, some say it still does!

Translated from Krümmel’s “The Granite Matrix”, written some time in the period 1743-1819.

The Epoch of Anguish
Abandon Thine visions of
Calm, green Hills
An Almond doth fall to the ground!

Let go all Illusions, those
Telling of Peace
An Almond now splinters the floor!