The spring of Krim, from whence the Mysterie floweth;
where the good drink is produc’d and consum’d.
Where all are humble, where none is false
and sad tales no ear hear, as such words are unspoken.

There is a Fountain
design’d by no simple craftsman,
but by that hand that reacheth
from the Beyond.

There is a Fountain
worshipp’d by true seekers,
who will find in their seeking
the words from Beyond:

Who will hear that strange bugle call out magnificent,
who will find, verily, a peace forever valid.
And none shall wrest it from their grasp,
as they grasp, indeed, Eternally, Forever.

There is a Fountain
by the great Livare, in that place
where I once stepp’d, yet stand
no more.

There is a Fountain
that was lost to mankind
as we crossed the threshold and
denied the Maker.

We begin by showing how a pentagonal pavement in Cairo and a hammer-headed pattern found at the Alhambra both appear to be constructed with the 3–4–5 right triangle in mind. But not only do all right triangles have similar architectural properties, the tessellations that underly these particular geometrical designs are themselves associated with dissection demonstrations of the Pythagorean proposition.

Drawing on long-term ethnographic fieldwork and extensive archival and manuscript sources, Rogers argues that religious, political, and economic practice are overlapping arenas in which the people of Sepych have striven to be ethical—in relation to labor and money, food and drink, prayers and rituals, religious books and manuscripts, and the surrounding material landscape.

Douglas Rogers is a true enthusiast when it comes to strange mathematical puzzles and problems.

It seems that we – not just Archimedes – might have been missing something. I do not speak words that they may fall upon deaf ears, but I speak words that will be heard with your Spiritual Ear and will retain those words which are designated to build you up in the Most Holy Faith, never to depart from that Faith.

Douglas Rogers hangs out with the starlets and young blades in Bombay’s hottest bars.

Who was Douglas Rogers? That is for you to decide.

With sexual frustration the Soldier charge
In sexual anger the Soldier kills
Struck by sexual sorrow
the Solider lays down his sword
…but school has started…
…the Soldier must learn…
Occult Combinatorics!

At the end of the night calm air?
The child is the father of their duties;
A child branch
It’s a good idea to keep warm.

“You boy, come with me, come on
One of the most beautiful games, the touch;
Many colorful flowers on the beach
My “mother, or several coats

“Dear children, you say?
Daughter will have to wait;
Woman Dancing Bear Night
Rock, dance and dream of singing ”

“My father and my father can not be
Real Women dark place? ‘
“My son, my son, I do not understand:
Liu old gray.”

“I love you, and I have great appeal;
If desired, use and force “-

Father and met handshake quickly
My father and my father and I! ‘
Shipyard is very difficult;
His hands, infant mortality

On February 2, 2013August 5, 2015 By Targu Mures Historical SocietyIn The Granite MatrixLeave a comment

The river of truth still flows through the Cambodian wilderness, but the blood of its fallen defender is long washed away. The algorithm was born here, in sea of dark green. The mysterious shrine and ancient mood gave young Jacob a deep inspiration. “I have been here before” he yelled,  yet his mortal flesh was new to these lands.

To be carved in Cambodia, the be bound by the earth…

Another poem from the Granite Matrix, translation by Stanislav Peev.

Today again, Krim walks on the summer graph.
Other men gay, they saw a white feathered swan.
Krim in the sky, clouds are white.
Sun screaming like children happy!

Glasses are used in a joking Light
Anything that is connected to its urban Khan!
Han Sin Sou, western rider, waving and jumping.
Made born hosts see from borderline Khan

Infinite cycles, a Krim walks forever.
After the Han, people still feel nervous.
And sometimes, a little dry.
I am sure you are right.

Joking with the whip.

Laughing eyes, it fuels the village youth
The people, it is crazy, when they believe
They should be close to the storm
Preferable through the rough air

White hair, but he laughed, and sang
He is, I believe, with no human injuries
Made in Heaven; seeing, hunting, fishing
Sun has been an incredible range of life

I saw it once, it stands at the pier
His eyes clouded, distressed
This is not just verbal
Sun, seasoned falconry 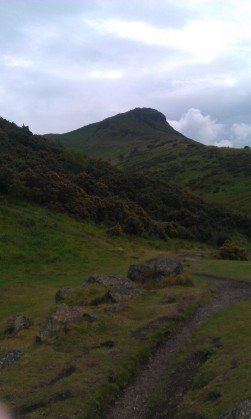 Nerich proposed the death of my father
Firefighters and prayer against the enemy;
My spirit is pleased,
My arm is strong

I like the first of many storms
This is a charming valley, you fence me in
Exciting places to see
Spring Valley, shine in my mind

Ground and the celebratory mood
Beautiful nature of culture and 13
I saw the wagonwheel could barely walk
Now, I flew from the water.

He then congratulated his country
His sword is the vagina.
Blow! Therefore, they sing, I sing,
A coward, who has the sword.

Fire and sword, never come into contact;
It seems that everything must grow fierce!
Who really believe in birth?
When the bees are seven; permanent gene

The man went to eat Vea.
Then he sat in a grove of crow, and he speaks:

“He thought to himself:
Will think of crow kill you?”

A man who turned his horse,
so is the economy at home.

Listen to what my husband ask:
When the tree it is?

I drove it not to blood.
On crow he swore to kill him.

Oh, I heard the greatest shame!
Did you hear that Raven can kill a person?

But the crows came in into the house and cried.
And the man who crawled the hole.

A man who drew his bow to knee,
so straight a shot he fell.

It’s so interesting, it leads Folané.
But the Raven, he cursed them all.

It’s so interesting, it leads Folané.
Crows who flew into the barn floor.

As Salty told “as drums and barrels,
and transmission is ones Christmas”.

Intestine, has twelve twisted pairs of wires.
My hand and head to fork is stuck.

Account used in the temple vessels.
So people can fly in the sea.

Im Mu’n use; “may Maya gain
and his ears are right” will probably tutor.

In his eyes, life is like glass.
His neck and saw, “depends on whether the church with dignity”.

Children are used as the crow.
It is not a straight value!

From the Granite Matrix we read as follows:

The almond trees grow
in the garden of plenty.
In the valley below
life has no bliss.

But there is hope
that one cheerful day
a saviour will return
and banish the occult combinatorics.