In old Africii, Oh the tragedy! They are now less than a score, those who still talk the true Krimean letters; their tongue all but incomprehensible to foreign ears.

In old Africii, would you believe? A language without impurity, without those internal inconsistencies. Yet, now dying of old age or pure evil.

In old Africii, in hills of Lions and Men. An unjust murder takes place, the murder of knowledge, culture and fine art. Oh, those Krimean letters, who would destroy them, remove them from our world? 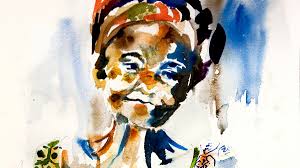 The Krim-language found in west-Africa (also called Low-Krimish or Krïmé Noir) is the very last remains of High-Krimish, a language used by wise men, scholars and heretics in vast areas of the huge landmass so aptly called Lumea Veche. It is said that the Krimish tongue is the last remains of the words of the Old Hindoo Gods, that speech of Viṣṇu Himself.

In Rau Cartuar’s great work, Istoria Africii (1923, Ostuda Press), the migration of the Krim-letters are deeply discussed. He is especially focused on the use of Krimish in the culture of the Egyptian and the Moors. He argues that the Krim-spirit is the very foundation, the bedrock, of these great civilizations. The high culture then spreading to lowly lands of early Europa, making also these lands and cultures flourish.

In modern times one must only pray for the last remains of the Krim language, for it is subject to hardship and violence. For many years it has dwindled and with it great cultures are shrinking away. The un-logic has infected its lands, murdering it slowly.  Now only a few old men know the true Krim words, hidden in the mountains of lions, down there in old Africii. Celebrate the dead, but grieve for those who are unjustly murdered!