A scholar just to our liking. Yet he must die.

– Former friends of the great Jakub z Tepence, before their betrayal 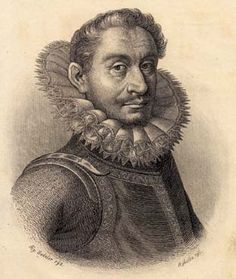 Encoded in blood is the story of Jakub z Tepence. They say he fell from a horse. The statement is true only in a wide, metaphorical sense: he fell from the tall horse of forbidden knowledge! Oh Ilium, Ilion, too grand, too proud. …

The actual facts and realities surrounding his death are clear to all trained in the occult practice of cryptographie. In his innovative schemes he tells any who would read (true and truly) of his coming demise, and the character (not content) of his recent findings. His inferences in these letters are indeed steeped in Apocryphal Logic – yes, that forgotten art so hideous to any pious servant of established order. No earthly position, such as Pharmacist to the Emperor or Master of Swans could shield him from heavenly (yet perfectly unangelical) assaults.

His destiny was death (as is, curiously, the destiny of most men). His grand estate of Tepence also crumbled, following the Master below ground and to vaster realms. But even as dust he forms a great impression: his message carved in alchemical blood, the blood of Krim. What blood it was!